Dr. Ruganda made the statement on April 9, 2019 while receiving a brief from the Kiira Motors Corporation management team led by the company’s Executive Chairman, Hon. Prof. Sandy Stevens Tickodri-Togboa, about the progress made towards Commercialisation of the Kiira Electric Vehicle Project, one year since Cabinet approved its roadmap and seed fund on April 9, 2018. The meeting was held at the Office of the Prime Minister in Kampala.

Cabinet on 9th April 2018 approved the Roadmap for the Commercialization of the Kiira Electric Vehicle Project and a Seed Fund of UGX 143.7 Billion to set up and kick start operations of the Kiira Vehicle Plant for a period of four years. So far, government has allocated UGX 24 Billion for the financial year 2018/19 and another UGX 44 Billion is expected to be provided in the financial year 2019/20 in line with the approved Roadmap.

While highlighting the progress so far made in the implementation of the Commercialisation of the Kiira Electric Vehicle Project, the Kiira Motors Corporation Chief Executive Officer, Mr. Paul Isaac Musaszi, noted that the contribution to employment is estimated at 940 jobs from the Start-Up Investment. The full-scale Kiira Vehicle Plant operation is estimated to create over 2,000 direct jobs and 12,000 indirect jobs.

Musasizi said that the construction and installation of a 3.7km long 33kV medium voltage electricity line connecting the Kiira Vehicle Plant Site to the national electricity grid was completed, tested and commissioned by UMEME. The works were executed by Kirchof Technician Ltd., a local power-line contractor, under the supervision of UMEME. Mr. Musasizi said Kirchof Technician Ltd. employed 32 Ugandans during the execution of the works and the project is subject to a defect liability period of 2 years upon handover. This Project was Funded by Government through Makerere University.

He further noted that the construction and installation of a 5.4km long 6-inch water pipeline connecting the plant site to the municipal water supply system was also completed, tested and commissioned by National Water and Sewerage Corporation (NWSC). The project which was carried out by GETS Technical Services Ltd., another local contractor under the supervision of NWSC, employed 18 Ugandans and was also funded by Government through Makerere University. Similarly, Makerere University and Free Construction Ltd. signed a contract for opening of key roads at the Kiira Vehicle Plant Site (Dual Carriage Principal Road – 2.44km long and Classified Road – 350m long) in March 2019.

The Prime Minister was informed that Kiira Motors Corporation and National Enterprise Corporation (NEC) signed a Memorandum of Understanding for Construction of the Kiira Vehicle Plant Start-Up Facilities – Phase I based on the Force Account Mechanism provided for under the PPDA Act, 2003 (as amended). This was subsequent to clearance of the MOU by the Solicitor General.

In order for the Kiira Vehicle Plant Start-Up Facilities construction works to be completed on time, Dr. Rugunda said that a funding gap shouldn’t arise given that there is an approved roadmap for the Project. “The Ministry of Finance should release all the funds according to the approved roadmap so that there is no funding gap that will affect the set targets for completing this important national project on time,” Dr. Rugunda stated. He was responding to Prof. Tickodri’s remarks where he indicated that the Ministry of Finance, Planning and Economic Development was yet to make a commitment to the additional funding of UGX 20 Billion to realise the UGX 44 Billion required in the financial year 2019/20.

“There is no doubt that the Kiira Motors mission will create jobs, increase incomes and become a source of national pride. We should all support it,” he added.

By end of March 2019, UGX 19 Billion had been released to Kiira Motors Corporation under Vote 023-Ministry of Science Technology and Innovation out of which UGX 15 Billion was transferred to National Enterprise Corporation to start construction of the Kiira Vehicle Plant Start-Up Facilities. Mr. Musasizi noted that in the course of Quarter Three (March 2019), Uganda Development Corporation transferred Financial Assets worth UGX 1,712,157,836 to Kiira Motors Corporation through the Ministry of Science Technology and Innovation. The funds, he said, had been allocated for the Kiira Vehicle Plant site clearance, drainage and fencing and have since been transferred to National Enterprise Corporation for the execution of the works. 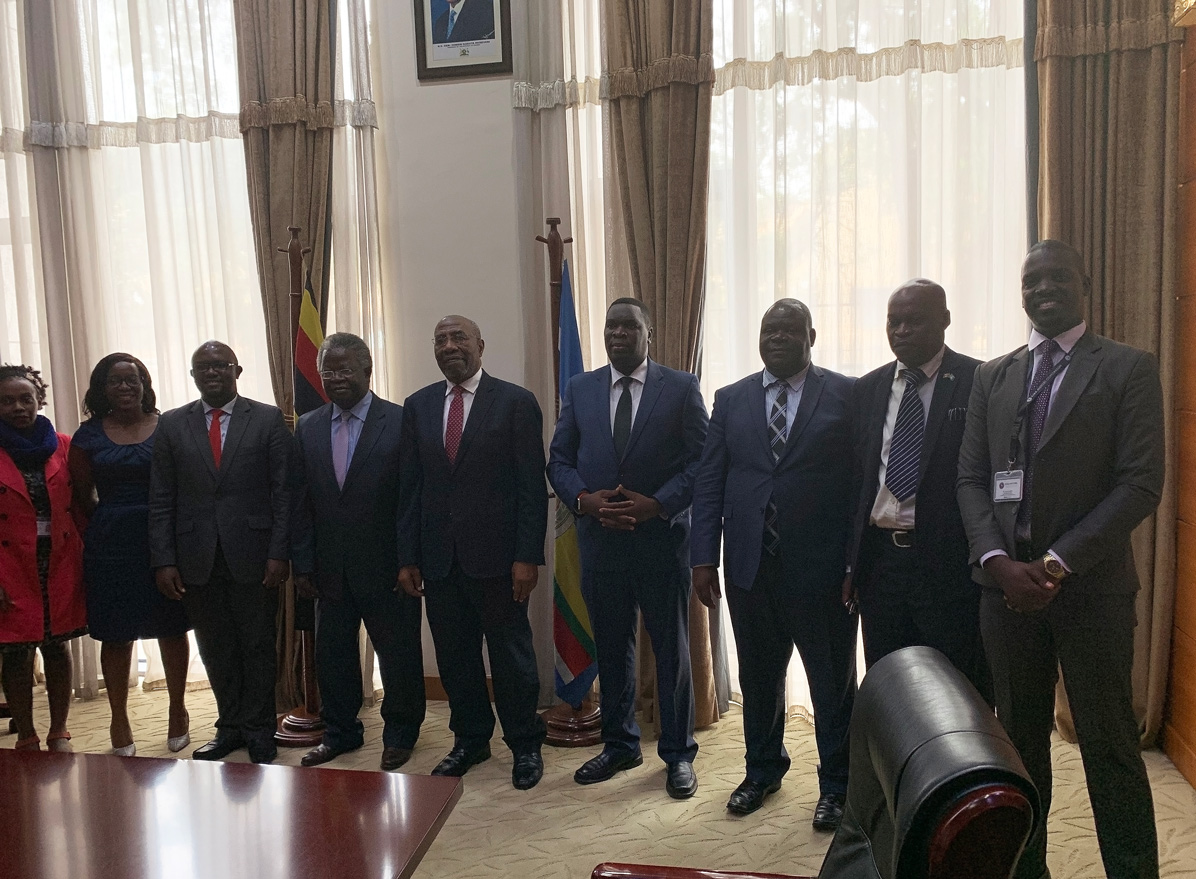